How to Build Healthy Work Habits

Ever Wonder Why Some Companies Use Staffing Firms Instead of Hiring Their Own Freelancers and Contractors? 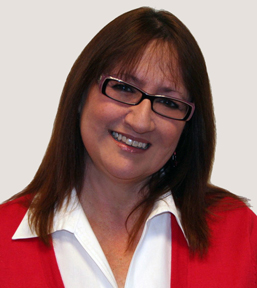 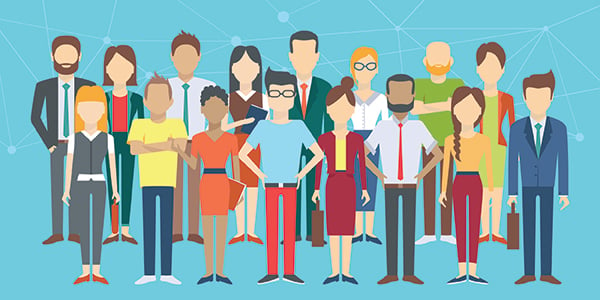 You've probably noticed that some companies post help wanted ads for contractors/freelancers/temporary workers (for my purposes in this discussion, we'll assume these mean the same thing). What you don't see is how many companies use staffing firms when they need temporary help, even for senior level roles.

But why do some companies use them while others don't? Did you know there are laws covering how you classify the people who work for you (i.e., whether they are paid as employees or as independent contractors)? And did you ever wonder why temporary staffing firms came into existence in the first place? This blog will answer these questions.

Before I go any further, and in case you didn't already know, let me be upfront and disclose that I'm the co-founder of WunderLand Group, a recruiting/staffing firm in Chicago, and have spent the last 20 years in recruiting. Before that I was a corporate department manager who needed to hire freelancers/temps, and I was also a freelancer myself (graphic designer) who was hired by companies on a temporary basis and paid (erroneously) as an independent contractor. I feel strongly that all businesses, not just those who can afford corporate counsel, should know the law so they don't unintentionally open themselves up to audit and trouble.

You want to utilize a staffing agency. Now what? 12 Questions to Ask When Choosing a Staffing Agency.

What Would You Do in These Cases? (Check Your Compliance Knowledge)

So, here are two common scenarios for you; think about what you'd do if you were the one charged with getting some temporary help for your company:

Case 1: Your front office receptionist is going on a medical leave of absence and you need someone to replace him. Do you:

Case 2: You just got hit with a huge web development project from a great new client with a short deadline, and there's no way your staff developers can handle the workload. What's worse is that your company has proprietary software that needs to be used for this project, and that means you'll have to train someone and have them work on-site with your computers and on your network. Do you:

If your answers for Case 1 and Case 2 are different, then it's likely you'd be violating IRS rules and could be subject to penalties, fines and back taxes. The correct, legal answer for both cases is A.

So, What is an Independent Contractor?

Just because someone calls or refers to themselves as a freelancer or independent contractor does not mean you can classify them as such for work purposes. There's a lot of confusion and wrong assumptions about what is an independent contractors (which means they are not entitled to your company's benefits, don't get paid if they call in sick, don't have withholding taxes taken out of their checks, and can't file a claim against you for unemployment when you no longer need them).

Doctors, plumbers, dentists, veterinarians, designers, lawyers, accountants, carpenters, DJ's, and house cleaners who are in an independent trade, business, or profession in which they market their services to the general public are generally classified independent contractors. An independent contractor pays self-employment taxes, files a business tax return, usually has more than one client at a time, works from their own office, buys their own tools of their trade, incurs business expenses such as office rental, business phone line, marketing/advertising expenses, etc. Once hired by someone, they have the right to subcontract the work to one of their employees or subcontractors.

When using the services of an independent contractor, you don't train them nor tell them how to do the work, don't tell them what hours to work, and generally they don't come to work in your office each day, using your tools. Even if someone has gone through the trouble of incorporating themselves, it's how you interact with and treat them that determines whether you have to pay them as an employee or independent.

Why would a company risk violating the rules? Well, most do so unknowingly because they haven't done their homework on this subject. But some do it knowingly to save money and think they won't get audited. (I figure those people also love casinos and get a thrill from speeding down the highway during rush hour.)

The IRS and U.S. Department of Labor have announced a multi-year crackdown because they are aware of vast numbers of businesses violating the rules, which has been exacerbated by the economic upheaval we've experienced. The government will be doing random audits based on whether a company files Form 1099-MISC each year for the independents they've used, so when you do that your risk of audit just increased, but many of their audits happen because a worker is disgruntled with your company for some reason - probably because he/she sits next to one of your regular employees doing the same work but not getting your benefit package and other employee goodies - and they alert the IRS, who gladly accepts anonymous tips.

If you run a business, or are a hiring authority, you need to take the time and do your research to find out when you can and can't pay a worker as an independent contractor. And no, just because someone TELLS you they want to be paid as an independent contractor does that mean you're in the clear; you must determine how to classify them yourself. There is plenty of information online about this issue, including, of course, the IRS web site.

What Can Businesses Do When They Need a Worker?

This is where staffing firms (also called temporary employment agencies) come in. We exist so you can legally hire the workers you need for only as long as you need them, but also to protect workers from being taken advantage of by unscrupulous companies who misclassify them knowingly. We become the employer of these people - and we incur the charges when you're done with them and if they file for unemployment. We pay the payroll taxes. We give them health insurance, and on long term jobs, paid holidays and vacation time, even offering them a 401K program. If you have already identified the person you want to work for you, that's no problem. A staffing firm can simply 'payroll' the person for you, and since they didn't have to recruit the person on their own, they will reduce their markup (the difference between what they pay the worker and what they charge you) saving you money.

I hope this has helped you understand the rules around classification of workers so your business can avoid huge penalties if you're audited. Labor law attorneys should be well versed on this issue; but I hope you never have to consult with one, as that might mean you're being audited!

Editor's note: This article was originally published in March 2015 and was updated March 2018.

You want to utilize a staffing agency. Now what?  Download this guide to help you find the staffing agency best suited to meet your hiring needs: 12 Questions to Ask When Choosing a Staffing Agency 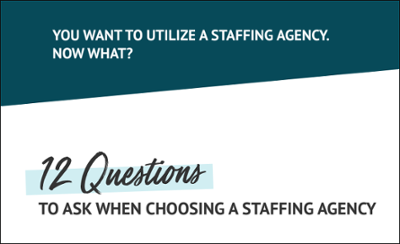