How to Network When You Hate Networking 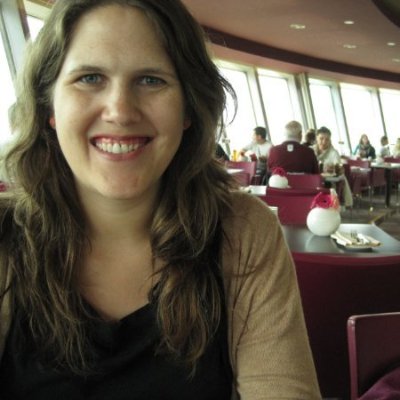 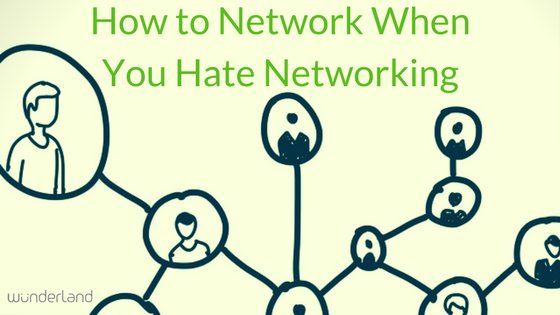 "Networking opportunity" can be horrifying words. To some, the two words together mean “a chance to increase my circle of friends and colleagues,” “a reason to break out the business cards,” or even “an event where I'll make a connection that will lead to something great for my career." However, if you hate networking, you might see the two together and think: "something I should probably do, but I'm terrified and I REALLY don’t want to." When networking comes around on your calendar, don’t approach it with dread. Here are some easy ways to tackle a networking event.

If you're a writer, networking at a web developer meet 'n greet might not be the most productive use of your Thursday night. Think about professional groups whose membership has similar interests. Large national organizations like the American Marketing Association often host regular networking events to connect their members and spur interesting conversations. Meetup.org was built on the idea of shared interest networking. Lots of events take place before, during, and after major conferences so a common interest is almost guaranteed. If you're interested in a particular event, RSVP and make sure you have plenty of time to get prepared.

Do a Little Pre-Game Research

Ok, so you're signed up. DON'T PANIC! (Seriously, you got this.) Think about the event. Is it organized around something happening, like a product launch or informational seminar? Do a little digging on the hosts, the relevant products or services, and maybe on the companies that might be there. You don't have to write a dissertation, but you should think about the types of conversations you'd like to have. That's right…you're in charge of your evening's entertainment. Are you interested in a particular field that might be represented that night? Maybe you'd like the chance to talk to someone who works for a similar company. What would you ask them? You'll be less tongue tied if you've already got a set of questions in your head when the moment arrives.

You don't want to show up empty handed. It's always a good idea to have some basic necessities with you. First, business cards. Even if you're a freelancer, you should have your own cards with basic contact information and your line of work. Think about getting some inexpensive, but memorable cards from a place like Moo.com or Vistaprint.com to help stand out. Second, pack some mints. After a long day at the office, you don’t want coffee breath. On your way to the event you'll pop a mint, and relax. Peppermint can boost your mood, but also acts as a relaxer, so you'll be all set to go when you arrive. Third, pack a printed map or good written directions to the event. The last thing you want to do is get lost without cell service on your way there. Write down the location, address, and start and end times. You won't believe how many times someone has just thought "Oh, I'll know when I'm close" and then been flummoxed at which meeting room or tiny bar alongside four other tiny bars is supposedly "the right spot" for the event.

One trick that always eases anyone out of a potentially awkward situation, like a networking soirée, is having a friend alongside you. Whether you grab a friend from work or just an acquaintance with similar interests (heck, even grab your significant other, if they're game), you'll both benefit from a little networking practice. Bringing along a friend means you have someone there to talk to when conversation lulls, or even a chance to play the "oh, may I introduce you to my colleague?" game. It's a great ice breaker without seeming weird.

When You Show Up….

Congratulations! You made it! Take a minute to look over the room and assess the key points of interest. First, where are people congregating? This is your best chance to talk to people because you'll be right next to them! Maybe it's the bar or by the food, or maybe it's by some sort of display or some great artwork. It could also be a cluster around a featured speaker or special guest. Don't succumb to the feeling that you'd be better off home on the couch, not in this crowd. You're here, so let's take a lap, noting all the people you could be (that's right) networking with.

Resist the Urge to Corner Yourself

People in corners tend to start to feel a bit like an animal in a cage. You're going to feel the need to fight your way free. Every room will have corners. Stay out! Go back to those clusters of people and shake some hands or smile and nod. The opposite of cornering is actually circulating. Try moving from group to group. Do you see anyone interesting or anyone who's already doing a lot of talking? Join a group with a lively conversation. There are no rules that you can't join a conversation already in progress. Remember that you're there because you thought these people might be good to talk to, so avoid the hard edges of corners, and go for the round centers of the groups.

Networking events usually have some kind of drinks available. I don't know why, but humans tend to be more chatty when there's a beverage in their hand (alcoholic or non). You'll find events at coffee or tea shops sometimes, and there's something so great about having your favorite daily pick-me-up in your hand while you're summoning your courage. Don't drink? Try a sparkling water and lime. Want to have a beer? Go ahead! Just don't overdo it, of course.

When You Start to Talk….

Can you feel the tension in the room? That's everyone's collective nerves going haywire. Even professional glad-handers get a little nervous in a crowd of strangers. Finding something in common makes it easy to break the ice. If you're wearing name tags, call the person by their first name and ask a question. "Hi Carol, have you been at this thing long?" or "Hey Steve, nice to meet you. What are you up to these days?" or even, "Hi Yasmin. Geez, is this food terrible. Have you ever eaten anything as salty as those chicken skewers?" People inherently like talking about themselves, so asking questions is an easy way to start an interesting conversation. You'll be amazed at commonalities that can be discovered by just chatting with someone about what they like to do.

If You Want to Talk Shop, Go Ahead!

Networking events are the rare occasion where you get to talk about your work to a bunch of people who might all be very VERY interested. Events are geared for you to boost your connections (and career) so it's great to have a little elevator pitch planned out to explain where you work and what you do. Maybe your job is fairly simple, like a graphic designer, for example, but you can always spice up the chat by talking about something really cool you worked on recently.

When the Conversation Lulls, Move Along

You don't have to stick with the first person you start talking to. The idea of a networking event is to get out there and get talking. You don't even have to be entirely subtle about it. When a conversation comes to an end, you can simply say "Well, it was so nice to meet you. Have a great rest of your evening." If you'd like to pass your card along or give them some contact information, this is a natural place to do so. If not, no big deal. This isn't speed dating. There should be no hurt feelings.

Think Bigger Than the Event

A networking opportunity is a chance to make connections that can build your future. So thinking a bit before you go about what you'd like to be doing down the road is necessary. Making sure your portfolio website/LinkedIn page is up to date is also a great idea. Make sure that if they actually want to seek you out after the event, you're putting your best foot forward online.

And Head on Out the Door….

When you've hit your fill for the evening, it's OK to head on home. If you're just starting out getting your mojo working at networking (and it can be different every time for every person) you may want small doses and not one big multi-hour blast. Head home knowing you did a good job at something that was out of your comfort zone, but ultimately can be a big step in growing your network and helping your career advance.

Content Strategy & Design: The Value of a Content-First Approach to UX [Event Recap]